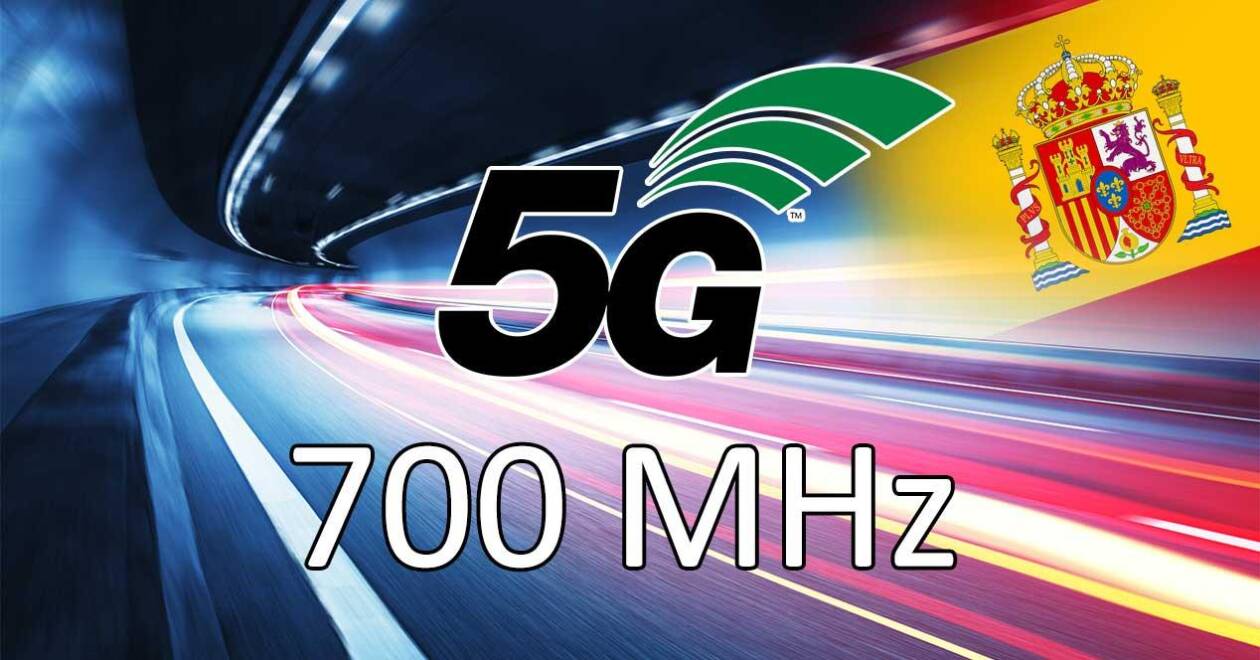 Finally, the 700 MHz auction it is finished. After more than a year of delay, the operators Movistar, Orange and Vodafone they have bid to get hold of the frequencies for mobile networks most important in the history of Spain, as they will offer more coverage than any other to date, and will be key to the expansion of 5G in Spain.

The auction started from a figure close to 1,000 million euros. In it, four demand concessions were going to be auctioned for all of Spain between the bands of 703 to 733 MHz, and of 758 to 788 MHz for upstream and downstream communications. Second, we have three demand concessions in the band of 738-753 MHz, which will be used for downstream communications only. In total there were seven blocks to auction: two of 2 × 10, two of 2 × 5, and three of 1 × 5, for a total of 75 MHz.

Movistar, the operator with the most spectrum in low bands

Telefónica has subsequently announced the acquisition of a complete block of 2 × 10 MHz, paying for it an amount of 310.09 million euros. With this, the operator already adds a total of 120 MHz between this new 20 MHz block, and the 100 MHz that it already had at 3.5 GHz. Currently, Movistar offers 5G to 80% of the population.

With this new acquisition, Movistar becomes the market operator that has the most spectrum in the low bands, which are key in coverage in rural areas with long distances, as well as penetration inside buildings. In the following graph we can see how all the spectra in which Movistar operates today are. 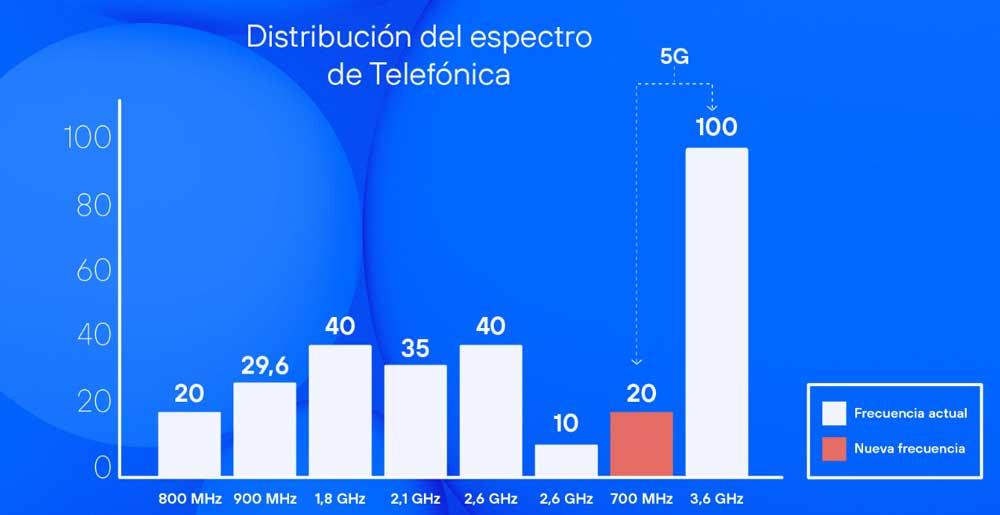 Cheaper auction in exchange for commitments

The auction price has been lower as a gesture by the government not to force operators to pay more in the current economic situation. In return, operators are committed to bringing 5G SA coverage (real native 5G) before June 2025 to all municipalities of more than 20,000 inhabitants, as well as airports, ports, AVE stations, highways, highways and multi-lane roads, something very important for the autonomous and connected car.