It is the best-selling electric car in the world, and now there are numbers to prove it.

In the graph that you can see in this article we can see how Tesla leads the ranking of best-selling cars, occupying the first and third place with the Model 3 models (about 46,000 euros) and Model Y (about 64,000 euros) respectively. 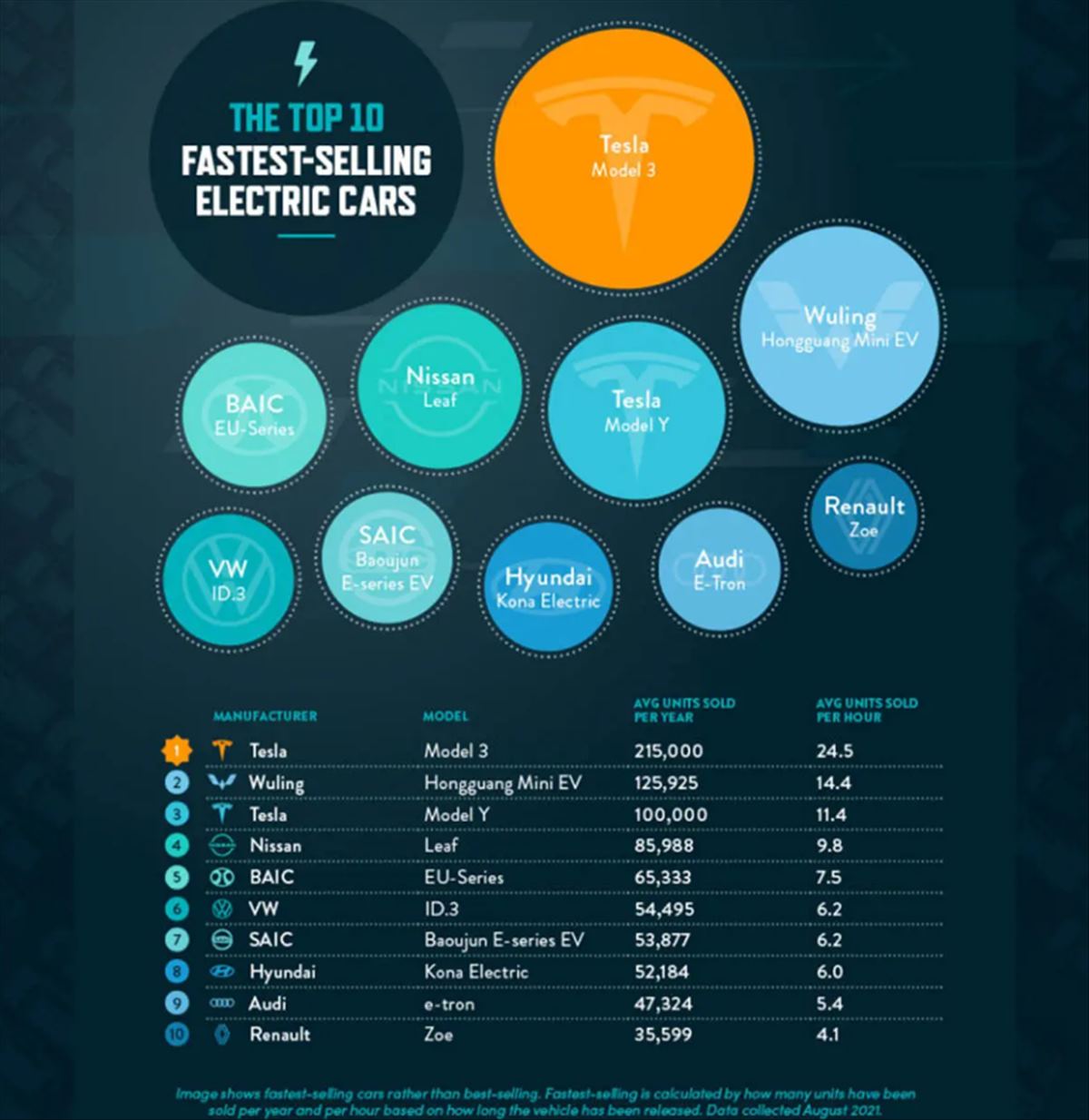 The analysis has been carried out by the company LeaseLoco, responsible for the infographic, in order to see the speed of sale of each model, something that helps to know both its popularity and its level of acceptance.

The numbers are still very low if we compare it with combustion cars, but that is something that will change during this decade. In 2025 there are already several countries that will stop manufacturing combustion cars, and in many cities the most polluting have the hours counted. In Barcelona, ​​for example, I can only drive my car on weekends (it is not that I need it for anything other than leaving the city to rest), and as time passes the limits are extended until it is unfeasible to have a Diesel car around the world.

The problem is that the number of chargers on the roads is insufficient, and the charging time is extremely high for long trips. One thing is to stop for an hour to eat, another thing is to wait five hours for the car to load.

Returning to the graph. LeaseLoco, a British company, has obtained the information from the average sales data of the vehicles, and then has made a statistical calculation to know the rate of deliveries per hour as a function of the time it has been in the market.

The Model 3 tops the list with 645,000 units in 2020, which makes sense if we remember that it is the most affordable electric car in its range.

The second position is a Chinese car, the Wuling Hongguang Mini EV, unknown in these parts. It has been sold only since 2020, and it costs just over 3,000 euros, extremely cheap, although it cannot be compared in performance with a Tesla.

Also on the list are the Nissan Leaf, the Baic EU-Series and the Volkswagen ID.3.