10 iPhone shortcuts that will make your life easier

Through its shortcuts, some of them surprisingly practical and sometimes somewhat hidden, the ios operating system allows the user to configure different automations for routines and repetitive tasks that allow easier handling of the terminal. In the vast majority of cases, with just one command, tasks that would normally require several steps can be carried out.

In some cases, this vocation for simplification reaches the point where the invocation of the shortcuts themselves can be made out loud, dictating the appropriate orders to Siri, the intelligent assistant of the Apple ecosystem. But they can also be added as widgets to your iphone’s home screen, so they’re always available in the fastest, most accessible location.

To configure shortcuts, you will have to access the Shortcuts app (it is installed by default on iOS devices) from which you can configure the action that corresponds to the instructions indicated on the terminal. The app itself shows some suggestions, in addition to including a simple tutorial to create new ones. In fact the Gallery section shows some shortcut suggestions based on the usual habits of the iPhone user.

Another, even easier way to create shortcuts is by using are already preconfigured from iCloud itself. Simply click on the following links to reach the Apple website where the different shortcuts are already available to be installed on the iPhone by simply clicking on the “Get shortcut” button. After doing so (from the iPhone or iPad where you want to establish it), the shortcut is incorporated and it will only remain, if desired, to place it as a widget on the screen or preferred section.

Some of the shortcuts that can make life easier for iPhone users are as follows:

-Auto vertical scrolling in Safari: When you are reading a long text or consulting a website that shows a lot of information, it can be cumbersome or even uncomfortable to constantly scroll the screen vertically to continue reading. With this shortcut This task is made easier (at least when using the Safari browser). Simply select the speed at which the screen will scroll vertically and you no longer have to scroll manually.

-Convert a Live Photo image into an animated GIF: The Live Photo format is essentially Apple’s version of an animated GIF, but it can only be enjoyed by users of this ecosystem. To be able to share it with users of Android or desktop operating systems this shortcut allows you to save a copy of one of these images in GIF formatwhich can be shared universally.

-Convert an image to any format: Is about a shortcut extremely useful for those who want to save or share their images in different formats. You can transform any image from the gallery to formats like JPF, PNG or HEIF just by selecting the photo and the destination format.

-Listen to a song after identifying it with Shazam: After recalling that Apple integrated the Shazam musical identification platform in iOS, it must be recognized that it has gone a step further as there is the possibility, through the usual shortcut, that Shazam++ offers the possibility to listen to the identified song on Apple Music or Spotifyin addition to adding other tools such as the possibility of sharing said song or finding related links, all of this in a simple menu that appears after identifying the piece of music.

-Listen to the full album: When you listen to a song on Apple Music and decide to listen to the album it comes from in its entirety, that’s when you appreciate it a shortcut like this which avoids having to search for the album and indicate that you want to play the entire album. This shortcut identifies the album and starts playing the album from the first song.

-Listen to a list with the Top 25: when using this shortcut From Apple Music, a playlist with the 25 most recently played songs will be automatically created. This list will be updated each time the shortcut is invoked, so over time, and depending on the user’s music listening habits, that Top 25 will vary.

-Speed ​​Dial: With this shortcut phone calls can be made as quickly as possible. All you have to do is select which contact you want to include in that speed dial and once configured, all you have to do is press the button to start the call. For greater effectiveness, it is recommended to place it as a widget and with a size larger than the rest of the icons on the main screen of the iPhone.

-View clipboard documents: After pasting multiple documents to the iPhone clipboard, there may be a need to check which ones have been copied to it. this shortcut It solves this issue by consisting of a simple direct access that shows that content with a single voice command or a touch on the screen.

-Route to the next event: In coordination with the calendar, this shortcut checks the next appointment in the agenda and, as long as the address of the location has been included in it, it will open the Apple Maps application to indicate the route to that location. 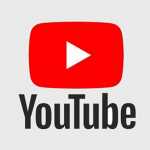 -Remind me at work: For all those who send emails as a reminder of tasks or important work-related issues, using this shortcut they can send them in the most comfortable and simple way but, in addition, when configuring it with the professional physical address as the destination of said annotations and/or reminders, only when the terminal is in said location will the note that the user has «self-sent» be visible .